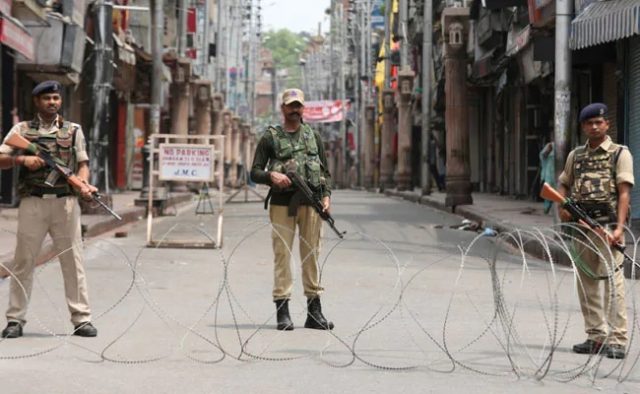 India’s response came after UN Secretary General Antonio Guterres’s comment, saying he was “deeply concerned” over the situation in Jammu and Kashmir

India’s response came after Mr Guterres’s comment, saying he was “deeply concerned” over the situation in Jammu and Kashmir, news agency PTI reported.

The UN chief, who is on a visit to Pakistan, said he was ready to help if both countries agreed for mediation.

“India’s position has not changed. Jammu and Kashmir has been, is, and will continue to be an integral part of India. The issue that needs to be addressed is that of vacation of the territories illegally and forcibly occupied by Pakistan,” External Affairs Ministry spokesperson Raveesh Kumar said.

“Further issues, if any, would be discussed bilaterally. There is no role or scope for third-party mediation,” he added.

Mr Kumar said India hoped that the UN secretary general would stress on the imperative for Pakistan to put an end to cross-border terrorism against India, which threatens the most fundamental human right – the right to life of the people of India, including in Jammu and Kashmir.

Ties between India and Pakistan have been strained since last year’s terror attack on a security convoy in Jammu and Kashmir that killed 40 soldiers. The rift widened after Pakistan lashed out at India for scrapping the special status granted to the erstwhile state and split it into two union territories in August, enforcing a severe lockdown.

Mr Guterres said it was important for India and Pakistan to de-escalate “militarily and verbally” and exercise “maximum restraint” as he began his four-day visit to Pakistan on Sunday.

Addressing a press conference after his meeting with Pakistan Foreign Minister Shah Mahmood Qureshi, the UN secretary general said he was “deeply concerned” over the situation in Jammu and Kashmir and tensions along the Line of Control.

“I offered my good offices from the beginning. I am ready to help if both countries agree for mediation,” he said, echoing an offer also made by US President Donald Trump which too India has firmly rejected.