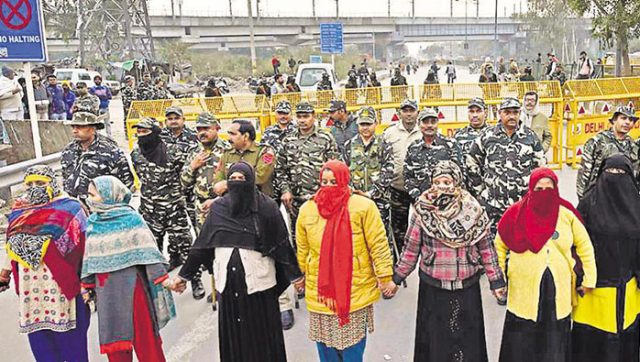 The Indian Supreme Court on Monday declined to immediately order removal of the people who are protesting against the amended citizenship law at the national capital’s Shaheen Bagh but signalled that people could not be allowed to block a public road indefinitely.

“If you can wait for 50 days, you can wait for one more week” court said before posting matter for February 17,” Justice Sanjay Kishan Kaul said as the two-judge bench issued notices to the Centre, Delhi Government and Delhi Police.

The bench, which also comprises justice KM Joseph, said it did not want to take a call on the two petitions that had reached them without hearing the government first.

But it also signalled that it could not approve a protest that would go on indefinitely.

“You cannot block a public road indefinitely. If everybody starts protesting everywhere, then what will happen,” the bench led by Justice Kaul said.

The top court had last week put off hearing two petitions filed against the protests in south Delhi in light of the assembly elections held on February 8. The bench had then indicated that it recognised that there was a problem and intended to examine how to resolve it.

But at the same time, the judges were conscious that it did not want its decision to impact elections in the national capital. “Why should we influence it?” the bench had responded last week on a request for a decision before the Delhi election.

Chances of successful Afghanistan peace talks higher than before: US General