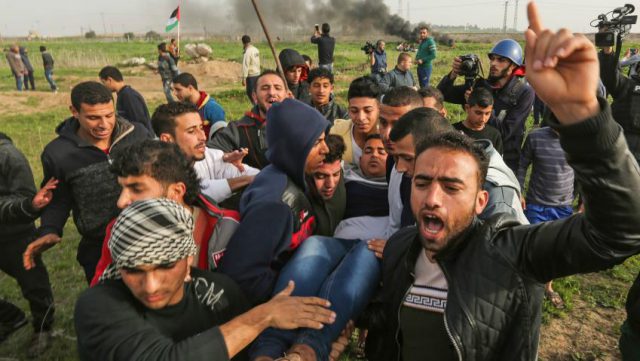 Gaza’s Health Ministry on Friday said a teenager was killed and dozens of other Palestinians injured by Israeli gunfire at a border protest, a foreign media outlet reported.

It said the Palestinian killed Friday was 17 years old. Separately, it said a 19-year-old died of wounds sustained weeks earlier.

Hamas, the Islamic militant group that rules Gaza, has led weekly border protests since March 30 aimed in part at drawing attention to the Israeli-Egyptian blockade imposed after it took control of the territory in 2007.

Since then, 127 protesters have been killed by Israeli fire. An Israeli soldier was killed by a Gaza sniper during this same period.

Israel says it is defending its border and accuses Hamas of using protests as cover for attempts to breach the border and carry out attacks.