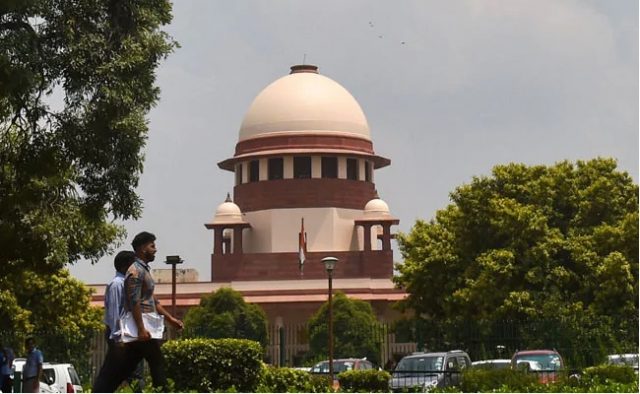 NEW DELHI: A whopping 133 petitions against the contentious Citizenship Amendment Act (CAA) will be taken up for hearing by the Indian Supreme Court today (Wednesday). A three-judge bench led by Chief Justice SA Bobde would hear the petitions, most of which demand that the law be withdrawn.

The petitions contend that the new law is illegal and stands against the basic structure of the Constitution. They also say the law is against the right to equality as it will grant citizenship on the basis of religion. Some of the petitions have also sought a freeze on the legislation which came into force on January 10.

On January 9, the court had refused to entertain a plea that the citizenship law be declared constitutional, saying the country is “going through difficult times” and the endeavour now should be for peace. “This court’s job is to determine validity of a law and not declare it as constitutional,” the bench — which also includes Justices BR Gavai and Surya Kant – said.

The top court has already issued a notice to the Centre, seeking its response on the issue.

The challenge to the law in the Supreme Court comes in the backdrop of countrywide protests against it, and Union minister Amit Shah’s reiteration that the law will stand despite the opposition.

Speaking in Lucknow — one of the epicentres of protests — as part of the government’s outreach to the people today, Amit Shah said, “Let me say this here and now, this law will not be withdrawn, no matter who protests… We are not scared of opposition, we were born in it.”

The government says the Citizenship Amendment Act will help expedite the grant of citizenship to non-Muslim minorities from Pakistan, Afghanistan and Bangladesh who came to India due to religious persecution and settled here before 2015.

Critics say they fear the law discriminates against Muslims and violates the secular principles of the constitution.