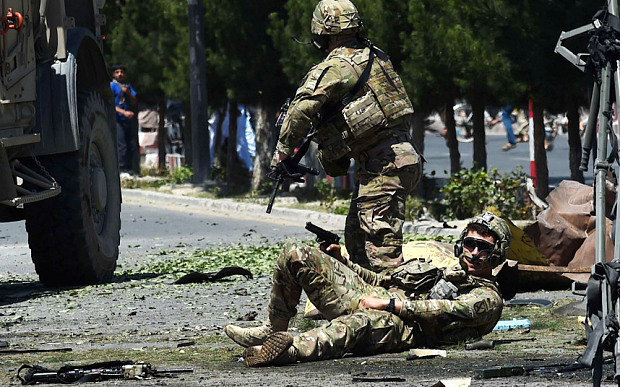 KABUL: A bomber targeted a convoy carrying foreign troops outside Bagram Airfield in Afghanistan on Monday, two Afghan officials said, after the Taliban claimed responsibility for a suicide blast.

According to Bagram district governor Abdul Shakoor Quddusi, a car bomber attacked an armoured vehicle carrying foreign forces close to a gate to the base.

“The area is closed down by foreign forces and we don´t have any information of any possible casualties,” Quddusi told AFP.

The US-led NATO mission in Kabul did not immediately confirm whether any such explosion had taken place.

A spokesperson for the Parwan governor said a suicide bomber had targeted a convoy of coalition forces at Bagram.

“The area is cordoned off by the coalition forces. We will release further details later,” the official said.

Earlier, the Taliban claimed to have conducted an attack with a car bomb, saying “multiple invaders” had been killed.

Bagram Airfield, America´s largest air base in Afghanistan, is located about 50 kilometres (30 miles) north of Kabul.