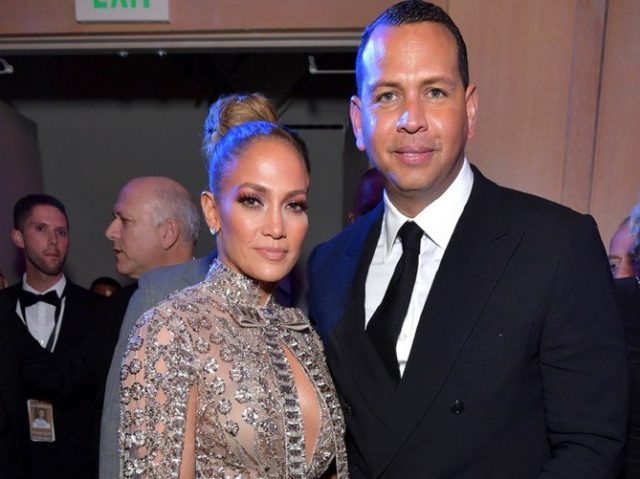 * Hours earlier, she stepped out at the event donning a floral Richard Quinn ballgown

The “Hustlers” star wore a sequin-encrusted jumpsuit from Zuhair Murad at the star-studded event with her fiancé, former Yankees player Alexander Rodriguez.

The dazzling ensemble boasted a high neck and was adorned with a feminine bow. The form-fitting design also included a daring cut-out at the front and feather-fringed sleeves.

Lopez has previously opened up about her affinity for Murad’s designs, describing the Ras Baalbek-born couturier as “probably her favorite designer” in a recent interview with Venture Lifestyle.

“I discovered him years ago when I was doing a show, and I was so jet-lagged and I was up in the middle of the night watching Fashion TV, which they had in this country I was in,” said the hitmaker. “He had this beautiful show and I was like who is this guy?”

Hours earlier, she stepped out on the blue carpet of the 31st edition of the film festival wearing a floral ballgown designed by Richard Quinn. The strapless, princess-worthy dress, which was plucked hot off the British label’s Spring 2020 runway, featured a long train that trailed behind her as she walked. She accessorized the romantic look with a pair of pointed-toe baby pink pumps from Casadei and a matching Tyler Ellis envelope clutch.

The singer-turned-actress sported her hair in a voluminous chignon that beautifully showed off her flower-shaped emerald earrings, given to her by her fiancé. She previously shared a photo of herself wearing them on Christmas, and also told Extra that she cried when she received them.

The 50-year-old was honored with the Spotlight Award for her acclaimed performance in “Hustlers,” and was given the prize by the film’s director and writer Lorene Scafaria, who also opted for a Lebanese-designed ensemble for the ceremony, choosing a metallic evening gown by couture duo Azzi and Osta.

Lopez’ latest look serves as a warm-up act for the upcoming Golden Globes red carpet, where she is also nominated for an award in the category of Best Supporting Actress for her role as Ramona in “Hustlers.”