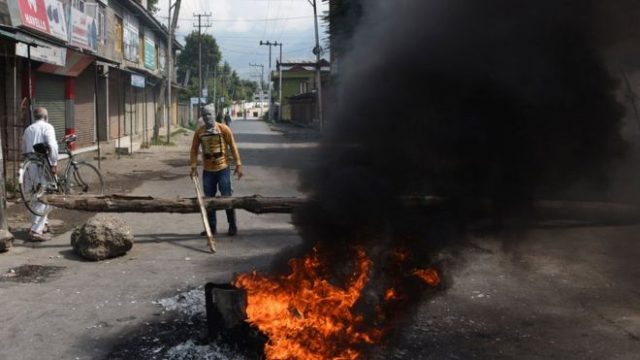 Police in Indian-administered Kashmir say one of their officers has been killed along with a suspected militant in a gunfight in the region, BBC reported.

This marks the first time Indian officials have reported deaths in the area since Delhi stripped Kashmir of its special status earlier this month.

There have been a number of protests, some of which have turned violent.

However, there has been little news from the region as mobile networks and the internet have been shut down.

A partial restoration of connectivity recently has enabled some landlines to start working again.

The AFP news agency quoted local police as saying they had seized arms and ammunition after the gunfight.

Authorities have maintained that the region has been largely calm since 5 August when Delhi scrapped Article 370, which had guaranteed the Muslim-majority territory its autonomy.

The region saw a heavy deployment of armed forces sent in ahead of the announcement, and officials say protests have been largely curtailed. Hundreds of people, including local politicians, activists and business leaders, remain in “preventive detention”.

However, there have been reports of violent demonstrations with protesters alleging that they were injured by security forces. It is not clear how many people have been hurt.

Kashmir is a Himalayan territory disputed by India and Pakistan. Each country controls part of the territory.

There has been a separatist insurgency in the region for three decades, with tens of thousands of people killed.