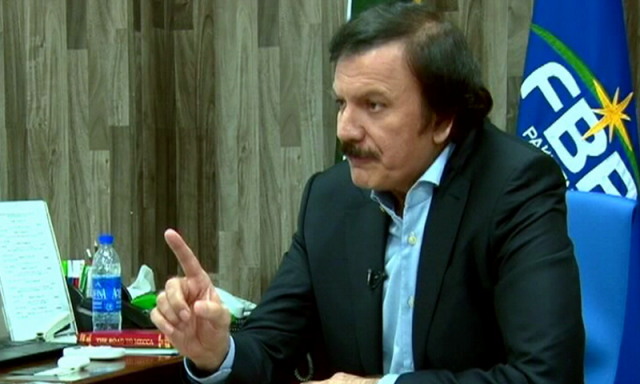 KARACHI: The Prime Minister Imran Khan has given green-signal to appoint former PML-N Senator Haroon Akhtar Khan as Chairman Federal Board of Revenue (FBR), the sources informed the Treasure Magazine on Wednesday.

Haroon Akhtar Khan was among the special invitees of the meeting held with the economic team under the chairmanship of Prime Minister yesterday. The notification for his appointment would be issued on Thursday or Friday, the sources claimed.

The sources said that the decision has been taken to appoint Haroon Akhtar Khan as Hafeez Shaikh advisor to the Prime Minister on Economy and Finance and the International Monetary Fund (IMF) was not happy with the performance of existing FBR Chairman Shabber Zaidi. Nowadays, Shabber Zaidi is on leave, the source claimed.

According to the sources, different names were under consideration for the slot of chairman FBR including Tariq Pasha, Mujtaba Memon, Jehanzeb Khan, Nausheen Javed and Javed Ghani. Earlier the name of Tariq Pasha was considered among the top contenders of this top position within the ranks of FBR.

Prime Minister Imran Khan had reportedly made it clear that there would be no change under consideration related to Adviser to PM on Finance Dr Abdul Hafeez Shaikh and Governor State Bank of Pakistan Dr Reza Baqir, however, he directed his economic team to find a new chairman FBR after possible quitting of incumbent Chairman FBR Shahbar Zaidi on health grounds.

Prime Minister Imran Khan on Monday listened to the views of former Special Assistant to PM on Revenue of the last PML-N government, Haroon Akhtar Khan, on the overall economy and tax revenues during a meeting of the economic team held at the PM Secretariat.