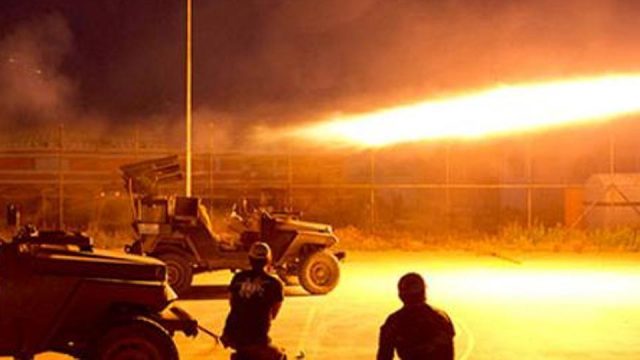 It was the first attack on the K1 base since December 27, when a volley of around 30 rockets killed a US contractor there, which Washington blamed on Kataeb Hezbollah, a hardline Iraqi military faction close to Iran

A rocket slammed into an Iraqi base where American troops are stationed in the remote province of Kirkuk, Iraqi and US security sources told AFP on Thursday night.

There were no immediate reports of casualties.

According to three separate Iraqi security sources, the Katyusha rocket hit the K1 base at around 8:45pm local time (1745 GMT) and US military aircraft immediately began flying low over the area.

It was the first attack on the base since December 27, when a volley of around 30 rockets killed a US contractor there and unleashed a dramatic escalation.

Washington blamed the rockets on Kataeb Hezbollah, a hardline Iraqi military faction close to Iran, and conducted retaliatory strikes that killed 25 of the group’s fighters.

Supporters of the group then surrounded the US embassy in Baghdad, breaking through its outer perimeter in an unprecedented breach on the mission.

In outrage, Iraq’s parliament voted to oust all foreign forces from the country, including around 5,200 US troops deployed to help local forces beat back remnants of the Islamic State group.

Those troops, as well as the US embassy in Baghdad, have faced nearly 20 rocket attacks over the past four months.

The most significant was Iran’s response to Soleimani’s killing, when Tehran fired a barrage of ballistic missiles at the sprawling Ain al-Asad base in western Iraq on January 8.

The troops had prior warning and none were killed, but more than 100 have since been diagnosed with traumatic brain injury.