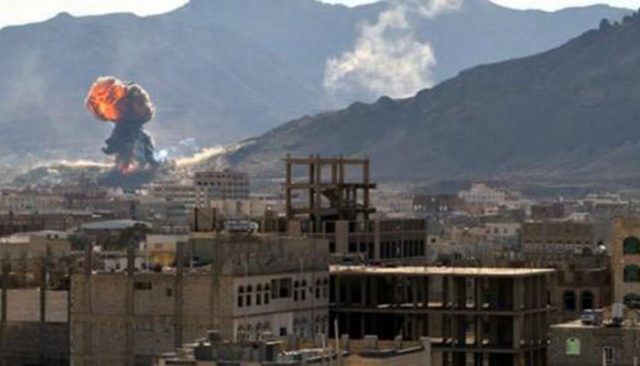 DUBAI: At least 70 Yemeni soldiers were reportedly killed in missile and drone attacks blamed on Huthi rebels, on a mosque in the central province of Marib, medical and military sources said on Sunday.

Saturday’s strike follows months of relative calm in the war between the Iran-backed Huthis and Yemen’s internationally recognised government which is backed by a Saudi-led military coalition.

The Huthis attacked a mosque in a military camp in Marib — about 170 kilometres east of the capital Sanaa — during evening prayers, military sources told AFP.

A medical source at a Marib city hospital, where the casualties were transported, said that at least 70 soldiers were killed and more than 50 injured in the strike.

The attack came a day after coalition-backed government forces launched a large-scale operation against the Huthis in the Naham region, north of Sanaa.

Fighting in Naham was ongoing on Sunday, a military source said according to the official Saba news agency.

“Dozens from the (Huthi) militia were killed and injured,” the source added.

“The disgraceful actions of the Huthi militia without a doubt confirm its unwillingness to (achieve) peace, because it knows nothing but death and destruction and is a cheap Iranian tool in the region,” it quoted Hadi as saying.

The Huthis did not make any immediate claim of responsibility and the Saba report did not give a death toll.

News Desk - February 21, 2020 0
The house of Amulya — the Indian girl who made headlines around the world on Friday for chanting "Pakistan Zindabad" at an...