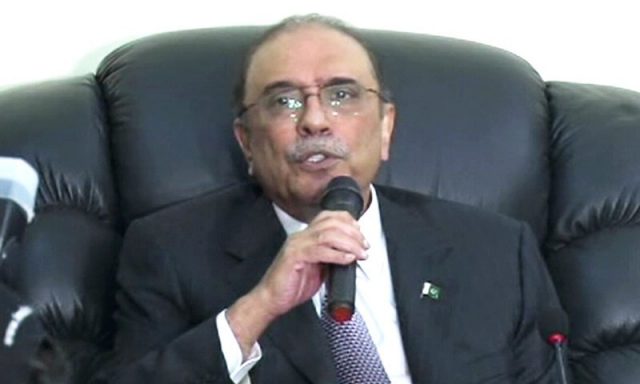 Zardari condemned Durrani’s arrest and questioned why he was arrested from Islamabad instead of Karachi. “A speaker is an autonomous figure, you are challenging democracy when you arrest a speaker,” he said. “I think that until a case is concluded, nobody should be arrested.”

Durrani was taken into custody by the National Accountability Bureau (NAB) today over an assets-beyond-means inquiry.

Regarding the fake bank accounts cases against himself, he said that “PPP has always accepted court’s decisions and want to strengthen courts. We will go before NAB, we will challenge NAB and face them. We are hopeful that the investigation will be fair. [But] if I need to go to jail, you know, from the start that that is my second home.”

Zardari began the presser by discussing the ongoing tensions with India. He cited his handling of diplomatic relations in the aftermath of the 2008 Mumbai attacks, but regretted that the “current immature government does not understand all of this”.

“The backseat driver does not understand politics which is why this issue is getting bigger,” he said. “Pakistan has been isolated in the world for many years and after they’ve come we’re becoming more isolated. But I assure the nation that if India commits an act of aggression then we will all stand united. PPP will stand with our army brothers.”

Zardari also spoke of Saudi Crown Prince Mohammed bin Salman’s recent visit of Pakistan. “The Saudi friend that came, we welcomed his visit, we welcome him but due to mishandling of the government they did not invite us, Nawaz or Shahbaz.”

The former president said that he would have gone to meet the Saudi crown prince, had he been invited as he recalled that he had met the Chinese president under similar political tensions during PTI’s 126-day sit-in. “Nawaz Sharif called me so I went,” he said. 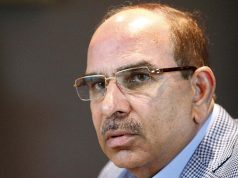 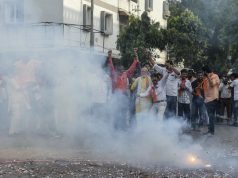 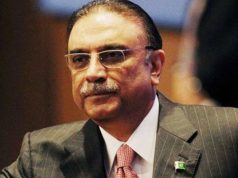