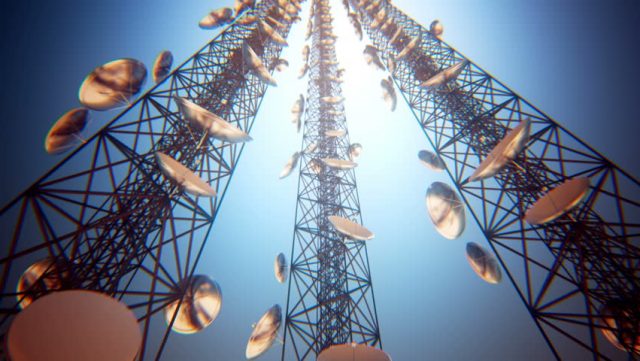 Malaysian firm has already invested $200 million in setting up mobile towers and plans a further injection of $100 million for installing more towers.

With a further planned investment of $100 million, Malaysia-based edotco Group has offered telecom service providers in Pakistan a shared network of mobile towers for providing better services to the customers.

The group has cited the example of European countries, saying they are following the same model of a shared network of mobile operators in an attempt to provide better services and restrict costs.

It will result in savings of billions of dollars that are spent on installing parallel towers by different companies. The Malaysian firm has already invested $200 million in setting up mobile towers and plans a further injection of $100 million for installing more towers.

The four telecom operators, already working in Pakistan, have over 34,000 telecom towers across the country but with the advent of 4G and 5G, the need for towers is likely to grow further.

By 2022, the number of towers will go up by 17,000 in order to accommodate 4G and 5G data users. A dismal reality is that 40% of the 34,000 towers are just 300 metres apart, which results in wastage of $1 billion worth of capital due to the existence of parallel towers at close distances.

Currently, mobile phone penetration in Pakistan stands at 74%, which is more than half of the population. There are 47.5 million internet users and over 35 million social media users.

“Data consumption is forecast to increase by seven times between 2018 and 2022, hence, the requirement of towers will also rise. The need of the hour is to adopt a more collaborative approach by all telecom companies in order to be successful in the 5G era,” Gayan Koralage, Director Group Strategy of edotco Group, told the media.

He pointed out that with the advent of 4G and 5G, tower structures would also have to be changed, hence, tower-sharing would be a necessity.

“To shift from 3G to 4G, there needs to be an increase in the number of sites. If each operator has its own site and tower, then it will result in overcrowding of towers, therefore, telcos will have to adopt the modern concepts being introduced by tower companies.”

A key driver in the pursuit of digitalisation at the national level is the adoption of the latest technologies that can enable unprecedented possibilities for the economy.

“We fully support the Digital Pakistan mission of the government and keeping in view the population of the country, the penetration of cellular technology and growing demand for data transfer, I am sure edotco will become a significant player,” said Koralage.

Pakistan still lags behind in the digitalisation race as other countries have made robust progress in the past five years. In 2018, the 4G penetration in Malaysia was 55% whereas 4G coverage does not even cross 50% in Pakistan.

In such conditions, it is rather difficult to imagine the implementation of smart city models in the metropolitan hubs. Koralage, however, claimed that this could change. “The future seems bright to me and the connectivity network is strengthening in Pakistan. Pakistan is amongst top-five contributors to the growth of mobile internet users and has 72 million 3G/4G subscribers.

“The tower count in the country is increasing too. In the last two years, 2,500 towers have been installed, of which 1,500 towers belong to edotco Pakistan. We are closely working with all four telecom operators, helping them to expand the network, thus improving the coverage nationwide. With improved coverage, there will be better access as well.”

However, initially, telecom companies had resisted the adoption of the concept of tower-sharing.

Edotco Pakistan Country Managing Director Arif Hussain said, “A decade ago, the mindset was different as telecom firms did not see tower-sharing to be a beneficial option but today owing to opex (operational expenditure) and capex (capital expenditure) pressures, it seems a rather viable approach.”