KARACHI: Federal Investigation Agency (FIA Cyber Crime Sindh) has initiated an investigation against many crypto currencies scams in which too many Pakistani people lost above $100 million.

The FIA officials has identified at least 26 suspect block chain wallet addresses (Binance Wallet Address), where from fraudulent amount may have been transferred.

A relevant questionnaire has also been sent to Binance Headquarters Cayman Islands and Binance US to explain the same.

A statement of the agency released here on Friday said recently many online investment frauds are going on in Pakistan on the pattern of Ponzi Schemes wherein investors are promised unrealistically high returns on their investment if they bring in more clients.

These schemes benefit old clients at the cost of new clients and ultimately disappear when they have made substantial capital base worth billions of rupees, the statement said.

On Monday 20th of December, people from all over Pakistan started contracting FIA Cyber Crime Sindh through social media and disclosed about at least 11 mobile application namely MCX, HFC, HTFOX, FXCOPY, OKIMINI, BB001, AVG86C, BX66, UG, TASKTOK, 91FP that these applications have stopped working over a period of time and have defrauded Pakistani people of billions of rupees.

The modus operandi of these applications was to ask people for registration at Binance Crypto Exchange (Binance Holdings Limited) meant for trading in virtual currencies like Bitcoin, Ethereum, and Dodge Con etc.

The next step was to transfer money from Binance Wallet to account of that particular application. At the same time all the members of the group were added in groups of Telegram Application where so called expert betting signals, on the rise of and fall of Bitcoin, were given by the anonymous owner of the application and admins of the Telegram groups. Once considerable capital base was established, these apps crashed thus robbing people of millions of dollar through Referral Bonus Process.

According to initial findings of enquiry, each such application had on average 5000 customers which HFC reportedly having maximum of 30,000 customers. The reported range of investment per person was from $100 to $80,000 with an estimated average of $2,000 per person thus making estimated scam stand at nearly $100 million dollar.

FIA Cyber Crime Sindh has taken necessary actions to reach to the root of this scam.

1)            All the Pakistani Bank accounts linked to such apps have been debit blocked.

2)            Telegram is being contacted to provide the whereabouts of admins of fraudulent apps. 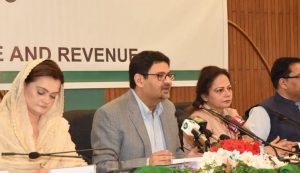