KARACHI: Federal Board of Revenue (FBR) has launched its National Sales Tax Return (NSTR) on Friday in order to facilitate the taxpayers, promote ease of doing business and reduce compliance costs.

“This milestone has been achieved only through a meaningful engagement of FBR with provincial revenue authorities, which is a good example of the cooperation and unity between these organizations,” he added.

He explained that due to fragmentation in Sales Tax payment, taxpayers were required to file separate Sales Tax returns every month to each of the different Sales Tax collecting authorities.

He termed it a very tedious and cumbersome task, which often led to errors and disputes. He further added that the reforms of Sales Tax regime earlier introduced in the Supplementary Finance Bill-2021 and the new data repository developed by FBR in collaboration with NADRA were a big leap forward towards documentation of economy and completion of VAT chain which remained severed due to distortions.

He emphasized that the NSTR will be another pillar in the achievement of this objective and FBR will now be able to assess the indicative income of non-filers with sufficient accuracy and through use of technology.

Therefore, the National Sales Tax Return was developed after discussions and agreements signed with the provincial revenue authorities, hence, acceptable to them as well.

The feedback from other stakeholders, including taxpayers and tax practitioners, is also very positive. It will save time and effort, and reduce compliance costs. Furthermore, this was also a key recommendation of international agencies such as World Bank.

One of the greatest benefits of this system is that it encourages harmonization of tax procedures, definitions and principles between the federal government and the provinces, which will promote national unity and cohesion.

While this arrangement is according to the Constitution of Pakistan, 1973, it creates many practical challenges for the taxpayers as well as the tax collectors, he explained.

Further elaborating the salient features of NSTR, he stated that the system will act as a single repository for all domestic transactions and invoice management. It will automatically apportion input tax, prepare the return, and work out tax payable to each of the relevant authorities.

The new system is based on the IRIS platform, which already has many built-in functionalities. The new system has linkages with POS transactions as well as Track & Trace which will contribute significantly not only to broadening the tax base but also in ensuring the ease of doing business.

He continued that FBR was moving fast towards developing a similar National Income Tax Return in order to facilitate taxpayers and, simultaneously, maximize tax compliance.

He concluded by reiterating that these innovative and out-of-box digital interventions were primarily meant to enhance Tax-to-GDP ratio to 15 per cent over the short term. 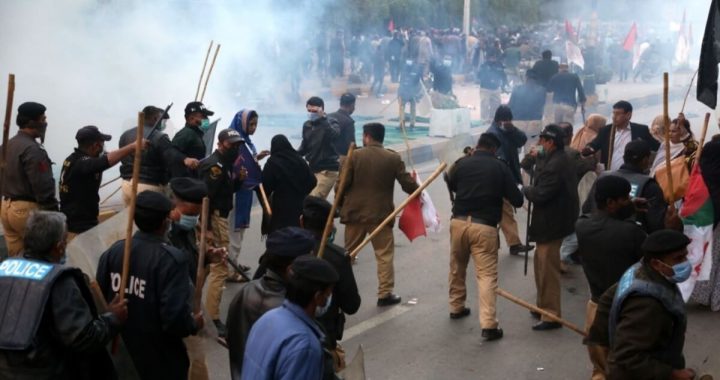