KARACHI: Pakistan Navy has detected an Indian submarine and successfully foiled its bid to intrude into the Pakistani waters, a statement issued by Navy’s spokesperson said.

“In order to maintain peace, the Indian submarine was not targeted which is a reflection of Pakistan’s desire for peace,” the statement said.

“Learning a lesson from this incident, India too should show its inclination towards peace,” it added.

The Pakistan Navy is capable of giving a jaw breaking response to any aggression, the statement read.

This was the second event since November 2016, when the Pakistan Navy detected an Indian submarine trying to intrude into Pakistani waters.

The latest Indian provocation comes in the wake of already tensed environment between the two nuclear-armed states.

The situation between the neighbouring countries turned hostile in a tit-for-tat airstrikes following the Pulwama attack that killed over 40 Indian troops in occupied Kashmir on Feb 14.

In a response to Indian aggression, two fighter jets of Indian Air Force were shot down by Pakistan Air Force in broad day light on Feb 27. 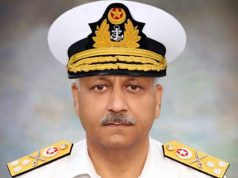 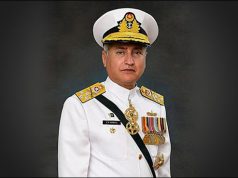 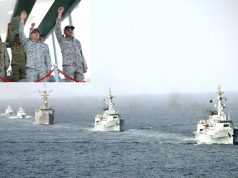