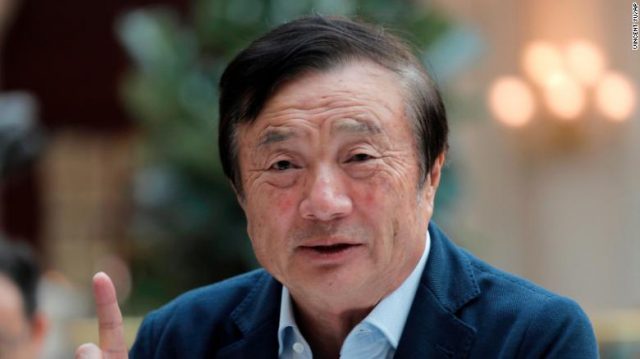 HONG KONG: Huawei’s founder is striking a defiant tone in the face of American attempts to curb the Chinese tech giant’s international reach and prosecute his daughter.

“There’s no way the US can crush us,” Ren Zhengfei said in an interview with the BBC that aired Tuesday. “The world needs Huawei because we are more advanced.”

Huawei, the world’s largest telecommunications equipment maker, is battling a US-led campaign to persuade American allies to shut the company’s technology out of super-fast 5G networks.

Australia and New Zealand have already restricted mobile operators from using Huawei gear for 5G. The United Kingdom, Germany and others are considering whether to clamp down as well. 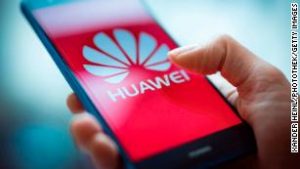 The US government argues Huawei’s products could be exploited by Chinese intelligence services for spying — a claim the company has repeatedly denied.

US prosecutors have also indicted Huawei and its chief financial officer, Meng Wanzhou, on charges of bank fraud and sanctions evasion. Meng, one of Ren’s two daughters, was arrested in Canada in December and faces possible extradition to the United States.

The US offensive against Huawei has strained relations between Washington and Beijing, and threatens to disrupt the rollout of 5G networks around the world.

“We must protect our critical telecom infrastructure, and America is calling on all our security partners to be vigilant and to reject any enterprise that would compromise the integrity of our communications technology or our national security systems,” US Vice President Mike Pence said Saturday at the Munich Security Conference.

Ren, 74, founded Huawei 32 years ago after serving in the Chinese military as an engineer and working in the oil industry. The son of rural school teachers in the mountains of Guizhou province, he has built his company into a global behemoth with annual revenue of more than $100 billion.

Ren, who retains the title of CEO, told the BBC that even if the United States were to persuade more countries to stop using Huawei gear, the company “could just scale things down a bit.”

“If the lights go out in the West, the East will still shine,” he said. “And if the North goes dark, then there is still the South. America doesn’t represent the world.”

Analysts agree that Huawei’s vast global business, which is strong in many emerging markets, could survive even if the US government persuades more of its allies to exclude the company’s products from 5G networks. The company is widely seen as outpacing its major rivals in 5G technology, making it almost irreplaceable for some wireless carries.

Huawei is also a top smartphone maker and aims to overtake Samsung as the world’s biggest by next year.

But it’s still vulnerable. Analysts say the Trump administration could use the recent indictment of Huawei to ban it from buying vital components from US companies. That would almost certainly plunge Huawei into a crisis similar to the one suffered by its smaller Chinese rival ZTE (ZTCOF), which was crippled for months by a similar ban last year.

Huawei and Meng both deny the charges brought against them last month by US prosecutors.

Ren told the BBC he objects to the US extradition request for his daughter, claiming it’s “politically motivated.”