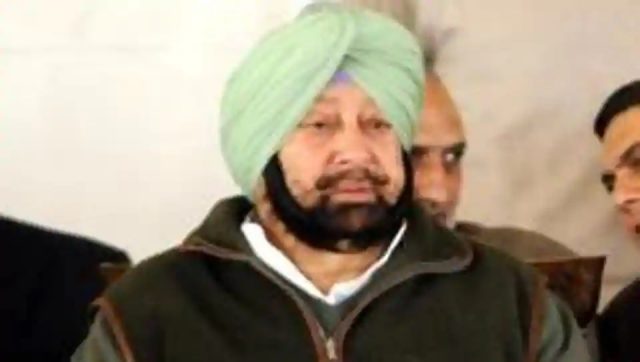 With his government and the Congress party left embarrassed by the discordant comments made by Cabinet Minister Navjot Singh Sidhu defending Pakistan on the Pulwama terror attack, Punjab Chief Minister Amarinder Singh on Monday said everyone has the right to voice their mind and it is up to Sidhu to explain his stand.

Amarinder said that Sidhu “must have realised that he had gone overboard with his Pakistan visit”.

“Sidhu was a cricketer while I was a soldier, and both have different viewpoints on things,” Amarinder told the media here.

“Sidhu does not understand defence intricacies and had possibly reacted out of friendly motive,” the Chief Minister said, adding that the Minister’s “intentions were surely not anti-national and he must have got the message”.

The Chief Minister lambasted the Shiromani Akali Dal (SAD) for creating ruckus on the issue in the Punjab Assembly on Monday for political gains.

“Budget presentation is a vital proceeding, which the people of the state await eagerly every year,” the Chief Minister said, lashing out at the Akalis for targeting Navjot Sidhu to divert attention from such an important Assembly matter.

Amarinder said that the SAD leadership was making a mockery of democratic traditions for petty political gains.

“Such unconstitutional behaviour is not only unbecoming of a party of national stature but actually exposed their anti-people mindset. They neither care for the traditions of the House nor are concerned about the welfare of the people,” the Chief Minister said.

Sidhu, who takes every opportunity to harp on his friendship with Pakistan Prime Minister Imran Khan, a former cricketer like himself, had told the media on February 15: “Wherever wars are fought and such things (Pulwama-type attack) happen, dialogue also continues simultaneously.

“There is a need to find a permanent solution (to issues between India and Pakistan). Such people (terrorists) have no religion, no country and no caste. When a snake bites, its antidote is also snake poison.”

Sidhu has also justified his take on the dialogue between the two nuclear neighbours.

Though Sidhu condemned the Pulwama terror attack on the CRPF convoy, he added that the entire nation (Pakistan) could not be blamed for the actions of a handful people.

“This (attack) should be condemned by all. For a handful people, you cannot blame an entire nation. Those behind the attack must be punished,” Sidhu had said.

Sidhu on Saturday defended his comments claiming that his statement was “deliberately distorted” as the people were scared of him.