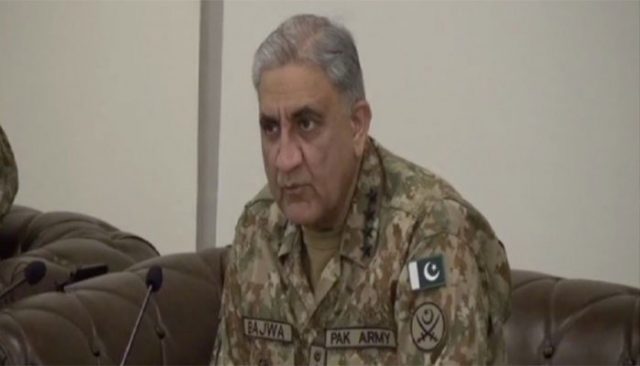 The Supreme Court on Tuesday suspended the notification confirming the extension of Chief of Army Staff (COAS) General Qamar Javed Bajwa for another three years after his term expired this year, Pakistani media reported.

During today’s hearing on the withdrawal application of a petition challenging the extension in Gen Bajwa’s tenure, Chief Justice (CJP) Asif Saeed Khosa said that only the president can extend the tenure of the army chief.

The top judge rejected the application and took up the petition in public interest under Article 184 (3) of the Constitution, turning the petition into a suo moto notice.

“The prime minister does not have the power to extend the tenure of the army chief,” the chief justice remarked during the hearing.

To this, the attorney general told the court, “Army chief’s tenure was extended after the president’s approval.”

“If the president approved of the summary on August 19, then why did the prime minister gave the approval for the summary again on August 21,” CJP Khosa said.

To this, the attorney general told the court, “The prime minister signed the summary after the approval from the cabinet.”

“Did the president give approval again after the approval from the prime minister and cabinet,” CJP Khosa inquired. “The initial approval is supposed to be given by the president.”

“The approval given by the president before the cabinet might not be according to the law,” the chief justice said.

We can take the approval from the president again, the attorney general told the court.

“Only 11 members of the cabinet gave approval of the summary for the extension of army chief’s tenure. We cannot say the majority gave the approval,” the chief remarked.

“’Yes’ is written in front of only 11 ministers out of 25. In a democracy, the decisions are made with the opinion of the majority. Those members who did not give an answer, we should wait for their answer. These members did not say ‘no’ either. Did the government assume that the answer of those who did not give an answer translate into ‘yes’?” the chief justice inquired.

The top judge also wondered why the notification referred to the extension as a re-appointment.

“The entire process was upside down. First the cabinet should have given the approval, then the prime minister and president should have been advised,” he said.

The court then suspended the notification of the army chief’s extension and adjourned the hearing till the next day.

On August 19, Prime Minister Imran Khan had approved the extension of COAS Bajwa as the Chief of Army Staff.

“General Qamar Javed Bajwa is appointed Chief of Army Staff for another term of three years from the date of completion of current tenure,” said a notification from the office of Prime Minister Imran Khan back in August.

“The decision has been taken in view of the regional security environment,” the notification had added. 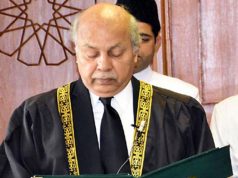 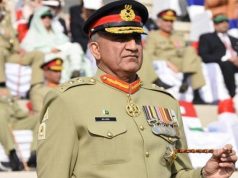 SC adjourns hearing regarding extension in tenure of COAS till 1pm 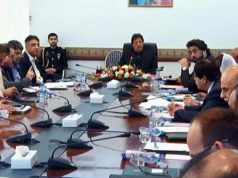 Schools can operate in residential areas, govt will not take action:...