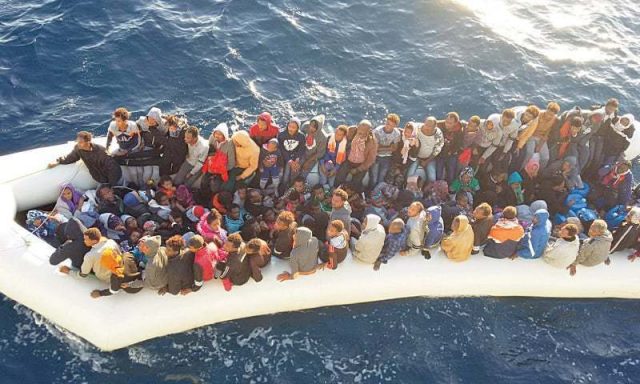 A ferry overloaded with people celebrating the Kurdish new year sank in the Tigris River near the Iraqi city of Mosul on Thursday, killing at least 55 people, mostly women and children, officials said.

Col. Hussam Khalil, head of the Civil Defense in the northern Nineveh province, told The Associated Press the accident occurred as scores of people were out in a tourist area celebrating Nowruz, which marks the Kurdish new year and the arrival of spring.

Health Ministry spokesman Seif al-Badr said the dead include 33 women, 12 children and 10 men. He said 30 people were rescued, adding that search operations are still underway as it is not known how many people were aboard the ferry.

Khalil said the ferry sank because of a technical problem, and that there weren’t many boats in the area to rescue people. He said more than 80 people were on the ferry when it sank.

The river’s level was high because of a rainy season that brought more precipitation than in previous years.

Nowruz, or the Persian new year, dates back to 1700 B.C. and incorporates Zoroastrian traditions. It is celebrated across territories that once made up the ancient Persian empire, stretching from the Middle East to Central Asia.

Iraqi forces drove the militant Islamic State group from Mosul in 2017 after a devastating campaign that left entire neighborhoods in ruins.

US unleashes “toughest ever” sanctions on Iran