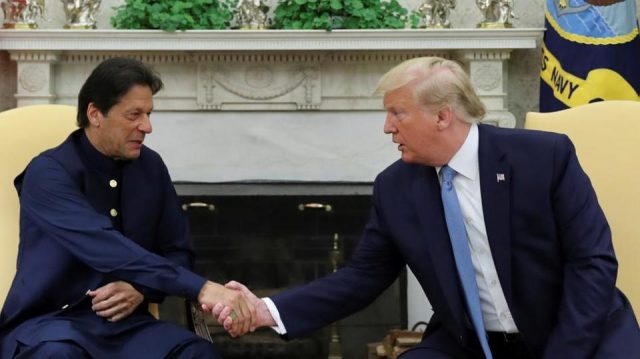 “Surprised by reaction of India to Press Trump’s offer of mediation to bring Pakistan and India to dialogue table for resolving Kashmir conflict which has held subcontinent hostage for 70 years. Generations of Kashmiris have suffered & are suffering daily and need conflict resolution,” Khan tweeted. 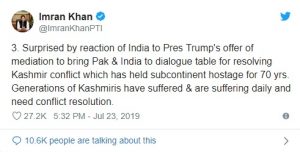 Trump offered to help resolve the Kashmir issue between India and Pakistan and even claimed that Prime Minister Narendra Modi had requested for mediation on Kashmir when they met a few weeks ago in Osaka.

India has rejected Trump’s claim with External Affairs Minister S Jaishankar telling Parliament that PM Modi made no such request. New Delhi’s has consistently said that there is no need for third-party mediation on Kashmir.