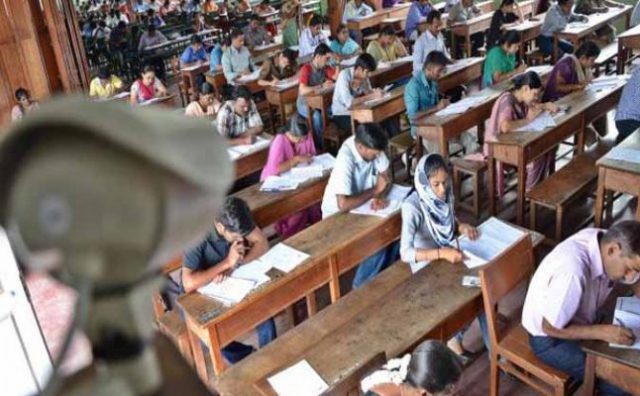 KARACHI: There would be no delay in the matriculation exams all over the province and it will be started as scheduled from April 01, assured Sindh Minister for Education Sardar Shah in a press conference.

Sardar Shah said, “Matriculation exams will be held on time on April 01.” “Exams will not be delayed at any cost this time.

We can summon educated person from private and local government departments for exams and if needed we will personally monitor the examination,” vowed the minister.

The education minister said government teachers’ protest is a conspiracy against matric examination, adding that the summary of the demand of teachers have been moved to Sindh Chief Minister.

Parents and students are worried and do not know if the exams, scheduled for April 1, will take place or not.

The government schools across Karachi will remain closed till further notice after teachers protested on Friday and alleged police brutality after law enforcers dispersed them from the area surrounding the Karachi Press Club. This decision left the fate of the upcoming matriculation examinations in the lurch..

The education secretary held the teachers responsible for the fiasco, and said that the teachers’ protest is a conspiracy against upcoming exams.

He also said that a summary of the teachers’ demands have been sent to Sindh Chief Minister Syed Murad Ali Shah and further action will only be taken after his approval.

It is pertinent to note that the matriculation examinations have already been delayed twice. Once the date was shifted from March 20 to March 25 due to Holi and then to April 1, owing to an Education Board protest.

Sindh govt bans all kind of religious gatherings in Sindh