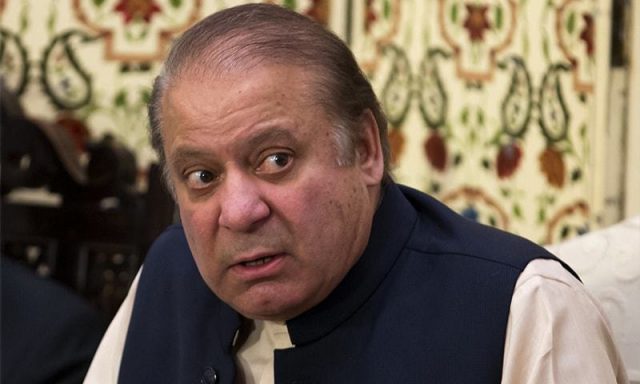 ISLAMABAD: The Supreme Court on Thursday formed a joint investigation team (JIT) to probe allegations of the illegal allotment of Waqf property attached to a Pakpattan shrine against former prime minister Nawaz Sharif.

The PML-N supremo is facing a charge that as the chief minister of Punjab in 1986 he had ordered withdrawal of a notification of Dec 17, 1969 and allegedly allotted huge lands of Auqaf around Pakpattan to Dewan Ghulam Qutab in violation of a high court order.

Sharif, in the last hearing, had expressed his reservations over being probed by a JIT but his counsel today told Chief Justice of Pakistan Mian Saqib Nisar that his client “has agreed for the formation of a JIT”.

“The court can assign the investigation to whoever it deems appropriate,” the counsel said.

At this, the chief justice remarked that Nawaz Sharif “is taking the risk of JIT”. He then constituted the body and appointed Mehr Khaliq Dad Lak, the chairman of National Counterterrorism Authority, as the JIT head.

The apex court summoned Dad in the next hearing and asked for the probe’s terms of reference (ToR) to be finalised within a week.

The SC took up a review petition against the land dispute which had been decided by the apex court back in 2015.

Justice Nisar, during his visit to the Baba Farid shrine earlier this year, had promised justice in the case when dozens of the affected people raised slogans to get his attention towards their plight.

The demo at Darbar Chowk in Pakpattan was organised by the Citizen’s Rights and Welfare Organization which claims working for 20,000 households in public interest and seeks ownership rights of the land they purchased from the Dewans, the caretakers of the shrine, during the last 70 years.

The Dewans claim that they had been declared caretakers of 14,500 kanal land of the the Baba Farid shrine but the Auqaf department says the shrine caretakers had no right to sell the land as it was not their jurisdiction to sell ownership rights of the land associated with the shrine since centuries.

The Dewans filed a review petition with the Supreme Court against the Auqaf Department for defense of their right to sell the land.

Nawaz Sharif may travel to London for further treatment next Monday: Maryam Aurangzeb