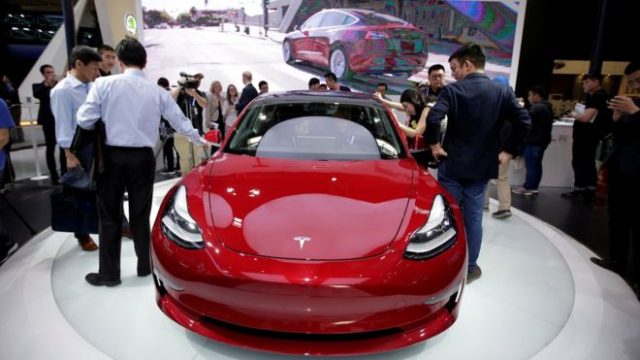 Tesla has announced it will start selling a version of its Model 3 in the US at a price of $35,000 (£26,400), finally delivering on a promise it made more than two years ago.

To make the lower price “financially sustainable”, the firm said it was shifting to an online-only sales model.

According to BBC, the electric car company announced the Model 3 car in 2016 as an alternative to its luxury offerings.

However, as recently as September, the average selling price exceeded $50,000.

Closing physical stores will allow the firm to cut costs by about 5%, savings it is using to reduce prices across its line-up of vehicles, chief executive Elon Musk said.

He declined to say how many people will lose their jobs as a result of the move but said making the change was necessary as Tesla works toward its bigger goal of making electric cars mainstream.

More than 400,000 customers signed up for the car when it was first announced, but production issues, higher prices and other delays caused troubles following its launch.

Over the last year, the firm has shrunk the Model 3 battery, tweaked its manufacturing process, and reduced costs in other ways to hit the lower price, while still protecting profit margins.

The firm managed to scrape a profit in the final two quarters of 2018, but expects to post a loss for the first three months of this year, Mr Musk said.

“It has been insanely difficult,” Mr Musk said referring to delivering on the $35,000 price promise.

More than half the cars produced by Porsche to be electric by 2025: Klaus Zellmer