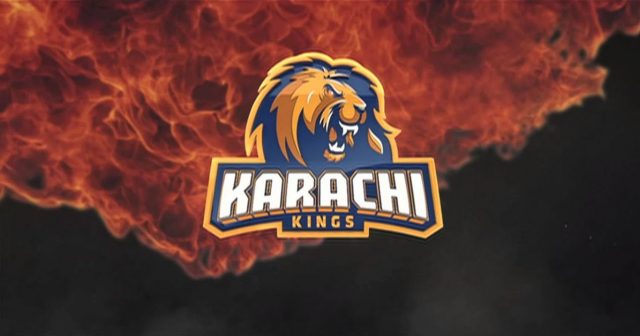 RAWALPINDI: Karachi Kings got their Pakistan Super League 2020 campaign back on track with a resounding five-wicket win over Islamabad United at the Pindi Cricket Stadium, Rawalpindi on Sunday.

This was Karachi’s second win in four games which now leaves them with four points.

Kings chased down 184 runs for a win in the penultimate over of the match, courtesy a match winning half-century by Alex Hales and 38 by Sharjeel Khan, Cameron Delport and captain Imad Wasim.

Kings chase got off to the worst possible start when the top-ranked T20I batsman Babar Azam was run out without facing a ball in the opening over, while attempting a quick single.

They were set back on track by a blazing 38 off 20 balls (three fours, four sixes) by Sharjeel, who added 58 runs for the second wicket with Alex Hales.

Hales hits three fours and as many sixes in his 52 that came off 30 balls.

Faheem Ashraf had a nightmarish match with the ball as he conceded 47 runs in 2.4 overs, with Imad setting the game by depositing him for back-to-back sixes in the 19th over and Walton hitting the match winning boundary of him a run later.

Earlier, Kings opted to field first after winning the toss.

United were well served by opener Luke Ronchi, who remained unbeaten with 85 off 58 balls with nine fours and two sixes.

Ronchi added 106 runs for the unbroken fourth wicket partnership with Shadab who stroked 54 off 31 balls with the help of four sixes and three fours.

Shadab joined Ronchi at the fall of Colin Ingram (16)’s wicket with United placed at 77 for three at the completion of 10 overs.

Shadab completed his half-century on the last ball of the United innings when he deposited Umaid Asif’s delivery into the stands.

For Kings left-arm-spinner Umer Khan, who dismissed Rizwan Hussain (22) was the pick of the bowlers with figures of one for 24 in four overs.