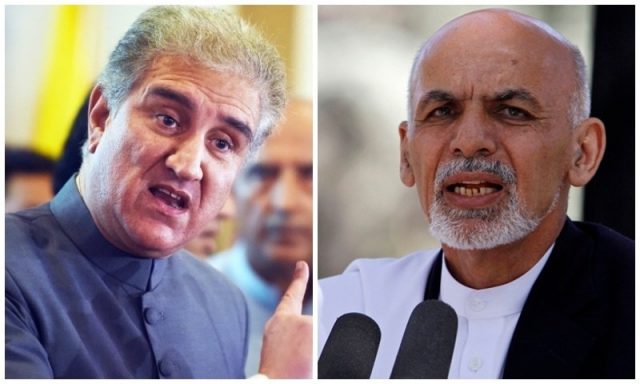 Taking to Twitter, Qureshi said: “We reject the tweet by President Ashraf Ghani. Such irresponsible statements are only gross interference. Afghan leadership needs to focus on long-standing serious grievances of the Afghan people.”

The tweet came hours after the president of neighbouring Afghanistan said that the Afghan government had “serious concerns about the violence perpetrated against peaceful protesters and civil activists” in the two provinces. 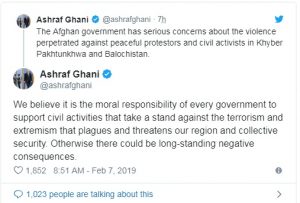 In a subsequent tweet, Ghani added: “We believe it is the moral responsibility of every government to support civil activities that take a stand against the terrorism and extremism that plagues and threatens our region and collective security. Otherwise there could be long-standing negative consequences.”

Afghan president appeared to be referring to a sit-in of the Pashtun Tahaffuz Movement (PTM) in Loralai on Saturday during which PTM leader Arman Loni died.

A shutter-down strike in Quetta was observed on Monday following Loni’s death, which the PTM alleged was a killing.

Later on Tuesday, during a protest outside the Islamabad Press Club called over Loni’s death, rights activist Gulalai Ismail and 17 others associated with the PTM were detained by the capital police. Ismail was released Wednesday night.

PTM is a rights-based alliance that, besides calling for the de-mining of the former tribal areas and greater freedom of movement in the latter, has insisted on an end to the practices of extrajudicial killings, enforced disappearances and unlawful detentions, and for their practitioners to be held to account within a truth and reconciliation framework.