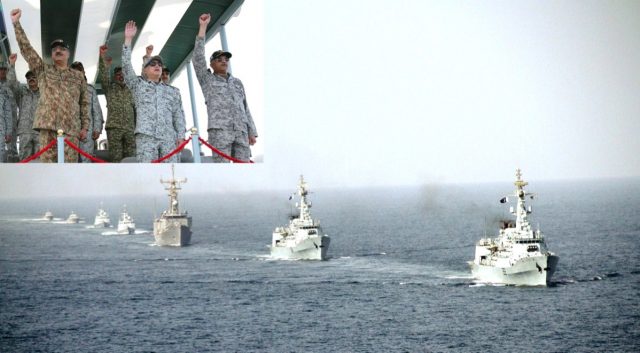 Fire power demonstration was also witnessed by Chief of Air Staff, Air Chief Marshal Mujahid Anwar Khan and Senior officers from the three Services. The event was conducted at the culmination of Sea Phase of Major Maritime Exercise Seaspark-18. 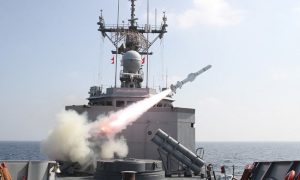 Chief of the Naval Staff at the occasion stated that Pakistan Navy is ready in all respects to defeat any misadventure and aggression against Pakistan in the Maritime Domain. Pakistan Navy fleet is a four dimensional force which is combat ready and prepared to tackle Grey Hybrid Warfare threat. Firing of Missiles is -an expression of our resolve to shoulder the sacred responsibility of defending Pakistan. PN has also initiated RMSP in line with national objectives and international obligations to maintain peace and order at sea in the region and beyond.

Later, Chief Guest reviewed Fleet units and Fly Past by Naval Air Arm. Chief Guest applauded operational readiness of PN Fleet and commended officers and men of Pakistan Navy for their commitment in the line of duty. He added that Pakistan Navy has transformed into a strong and formidable force in protecting national maritime interests in the region and beyond.