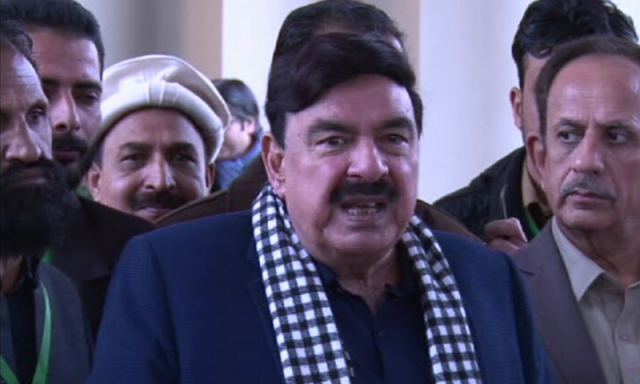 “Tell us what you are doing,” asked Justice Ahmed, adding: “Your whole story is in front of us. The railways will not function under your administration.”

The Supreme Court on Tuesday ordered Federal Minister for Railways Sheikh Rashid to submit in court a business plan to uplift Pakistan Railways from it current condition, giving the minister two weeks time to do so.

While hearing a case pertaining to losses incurred by the national organisation, a three-member bench comprising Chief Justice of Pakistan Gulzar Ahmed, Justice Ijaz-ul-Ahsan and Justice Sajjad Ali Shah expressed displeasure with railways minister over his running of the organisation.

“Tell us what you are doing,” asked Justice Ahmed, adding: “Your whole story is in front of us. The railways will not function under your administration.”

A day earlier, the apex court had observed that no department in the country was more corrupt than Pakistan Railways and summoned Rashid, the railways secretary and the chief operating officer of Pakistan Railways to answer the court’s questions today.

During today’s proceedings, the chief justice asked the railways minister to inform the court about an October 2019 fire that had engulfed a train, killing 73 passengers when apparently a gas cylinder brought by one of the travellers had exploded.

“You should have submitted your resignation,” said the top judge, in response to which Rashid said that 75 people had been dismissed after the tragic incident.

“Yesterday we were told that two people were fired. You fired lower-level employees, when will the higher-ranking ones be dismissed” asked Justice Ahmed.

“We will also remove higher-level employees,” said Rashid in response.

“We do not see this happening, you are the highest-ranking employee,” remarked the chief justice, adding: “Minister Sahib don’t show people dreams, today you are running an 18th century railways. There is plundering in the railways department.”

In response, the federal minister said he had been working 18 hours a day and had increased railways’ passengers by seven million.

“Even in 2020, your entire system is being run on parchis (favours),” the chief justice remarked.

Additionally, the court said ideally revenue from railways should take the ministry out of debt and make it profitable. The three-judge bench asked Rashid to present a business plan in the next hearing, adding that if there was any deviation from the plan presented in court, action will be taken.

The court also ordered that the six-kilometre portion of the Karachi Circular Railway (KCR) be completed in two weeks and instructed the Sindh government to provide all assistance on the project.

Adjourning proceedings till February 12, the court summoned the minister and the secretary of planning in the next hearing.

Speaking to reporters outside the court, Rashid said he will take the railways forward as per the instructions of the chief justice.

ML-1 Railway Project should be completed in 2 years, KCR in 3 months, says SC