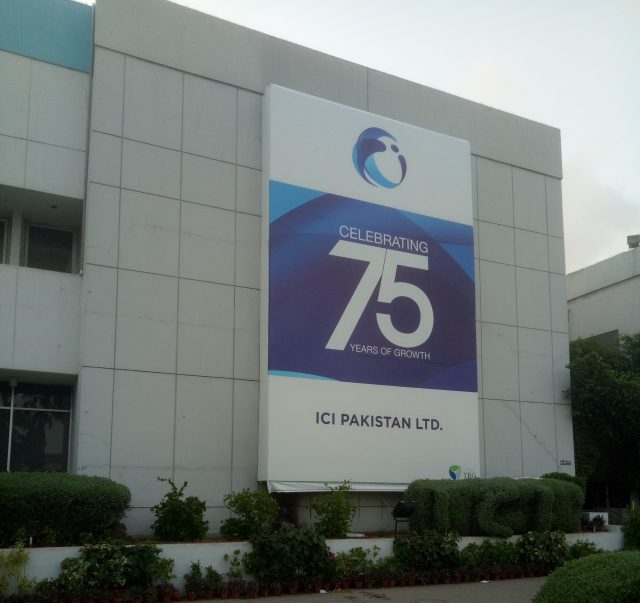 KARACHI:  The ICI Pakistan Limited has declared profit after tax (PAT) of Rs 1.846bn for the period of July-December 2019, which is up 124 per cent compared to same period last year whereas Earning Per share (EPS) attributable to the owners of the holding company at Rs 20.05 is 127 per cent higher than the SPLY.

Following the meeting of the Board of Directors, ICI Pakistan Limited announced its financial results for the six months period ended December 31, 2019.

On a consolidated basis (including the results of the Company’s subsidiaries: ICI Pakistan PowerGen Limited, Cirin Pharmaceuticals (Private) Limited and NutriCo Morinaga (Private) Limited), net turnover for the six months period under review was Rs 29,745 million which was a 5 per cent increase over the SPLY. The operating result at Rs 3,458 million was higher by 77 per cent in comparison to the SPLY.

Despite higher interest expense during the period under review as compared to the SPLY, these improved results were driven mainly by operational excellence and a stable exchange rate in comparison to the SPLY. The Company recognised Rs 286 million as share of profit from NutriCo Pakistan (Private) Limited.

Following the announcement of results for the half year, ICI Pakistan Limited Chief Executive Asif Jooma said, “Despite a challenging macro-economic environment, the company has delivered sterling results. The Company aspires to strengthen its results even further through continued focus on its product portfolio and operational efficiencies which include prioritising cost transformation and driving growth initiatives. The Company has recently launched a Lean Six Sigma programme aimed at transforming processes and enhancing customer centricity.”

During the six months under review, there have been certain other positive developments: