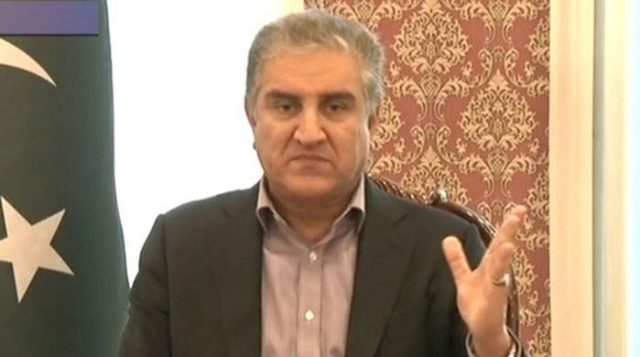 He made this statement during a meeting Member European Parliament (MEP) Sajjad Haider Karim in Islamabad. Both the dignitaries discussed the current regional situation during the meeting.

Qureshi appreciated the MEP’s move to raise Kashmir issue at the European Human Rights Committee. He underlined that India continued to oppress innocent Kashmiris of occupied valley for over 71 years.

“Extrajudicial killings and disrespect of women in the occupied-Kashmir has become a routine practice of Indian forces”, Qureshi said.

The foreign minister said reality of Indian forces and their barbarism on the unarmed Kashmiris was evident before the world. “Pakistan holds to its previous position that Kashmir issue can only be resolved through talks,” stated the minister.

On Sunday, Sajjad Karim had written a letter to Prime Minister Imran Khan, Indian Prime Minister Narendra Modi and the president of the parliament, calling for an immediate solution to the issues between the two nuclear powers through talks.

The letter which was signed by 40 MEPs expressed concern over tensions between Pakistan and India.

He emphasized that the two neighbours should hold talks for defusing tensions and that Kashmiris be made part of this dialogue process.

He lauded Pakistan’s peace gesture of releasing the captured Indian pilot. The measure, the letter said, would pave the way for peace and dialogue. 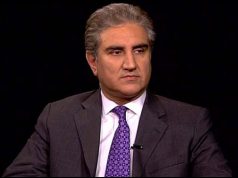 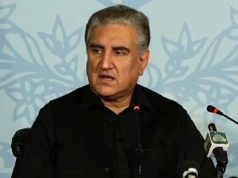