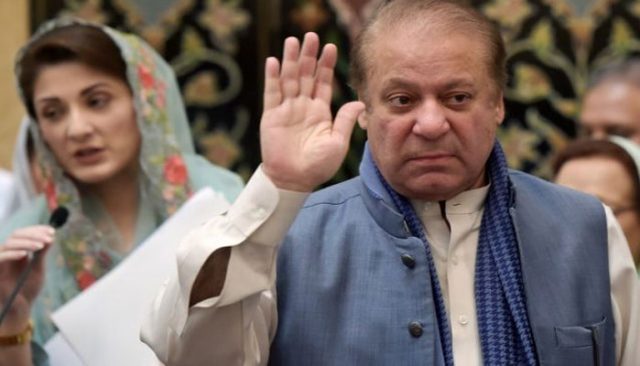 The former Prime Minister Nawaz Sharif and his brother Shahbaz Sharif will leave for London on Sunday from national airlines, the sources informed. In this connection, the government is considering to remove his name from the Exist Control List. However, the sources said that Maryam Nawaz is also ready to go with them, if the Lahore High Court agreed to return her passport.

“Nawaz Sharif has finally agreed to go to London after the doctors told him categorically that they had already exhausted all medical treatment [options] available in Pakistan and going abroad is the only option left,” a Sharif family source told Dawn on Thursday.

Subsequently, he said, the PML-N had shared with the PTI government the doctors’ recommendations regarding Mr Sharif’s travel abroad. “In light of the doctors’ reports, the government is likely to remove Mr Sharif’s name from the Exit Control List (ECL) in a day or two, enabling him to leave the country,” he added.

Earlier, the source claimed that Mr Sharif might leave for London this week if his name was removed from the ECL. “Though Mr Sharif was not ready to go abroad after the recommendations of the medical board of the Services Hospital and the medics of the Sharif Medical City and the ‘request’ of his family members, he has finally agreed,” he said.

The source had said Maryam Nawaz would not go with her father as she had surrendered her passport to the Lahore High Court as surety against the bail granted to her in the Chaudhry Sugar Mills case. “At the moment Nawaz Sharif’s health matters more as he is fighting for his life. Maryam Nawaz may explore the option of going to London to look after her father later,” he added.

At present, Mr Sharif’s platelet count has dropped to 24,000. According to the doctors, 50,000 platelets and beyond are required for a patient to be declared fit for [air] travel. When asked that Mr Sharif’s platelet count should be 50,000 and beyond for travel abroad, the source said the doctors might give him high dose to increase his platelets, enabling him to undertake the travel.

Interior Minister retired Brig Ijaz Shah has already hinted at allowing Mr Sharif to go abroad. “If going abroad for treatment is the only option for Nawaz Sharif, then the government will find a way,” he had said.

Meanwhile, PML-N secretary information Marriyum Aurangzeb said that an emergency meeting of the board of doctors treating Nawaz Sharif was held after his platelets dropped to a dangerous level again.

In a statement, she said the doctors had declared Mr Sharif’s condition “extremely critical”, adding that despite all possible treatments in Pakistan, his condition was not improving.

The former prime minister was shifted to an intensive care unit (ICU) set up at his Jati Umra residence from the Services Hospital on Wednesday. The PML-N said the specialised ICU was set up at the residence on “doctors’ recommendations” and Sharif Medical City’s doctors would be available there round the clock.

Maryam Nawaz, who had been given special permission by the Punjab government to stay at the Services Hospital to look after her father, also left for Jati Umra in Raiwind after having been released on bail in the Chaudhry Sugar Mills case on Wednesday.

A senior PML-N leader told Dawn that Ms Nawaz would only focus on the health of her father and not indulge in any kind of political activity. “Maryam Nawaz has no intentions to take part in any political activity at the moment as her total concentration is on looking after her father.”

The medical board led by Services Institute of Medical Sciences Principal Prof Dr Mahmood Ayaz has already recommended Mr Sharif’s treatment abroad in the wake of his health complications. “We have recommended genetic tests, followed by cardiac treatment under one roof, which requires more diagnosis to provide further treatment to Nawaz Sharif. The panel of doctors has come to a unanimous decision that since the complete genetic test facility is not available in Pakistan, the patient requires treatment abroad,” Dr Ayaz had told Dawn.

He further said: “Doctors have provided the best treatment to the patient [Mr Sharif] here. The patient is stable as compared to the initial days when he was shifted to the hospital. However, his platelets are not stable and the doctors recommended his treatment abroad.”

During the course of treatment at the Services Hospital, the former premier had suffered an angina attack, besides complaints of bleeding from gums and some other parts, because of his fluctuating platelets.

The Islamabad High Court had last week granted bail to Mr Sharif for eight weeks, suspending his seven-year sentence in the Al-Azizia Steel Mills corruption reference on medical grounds. Earlier, he had also secured bail in the Chaudhry Sugar Mills case from the Lahore High Court on the same ground. 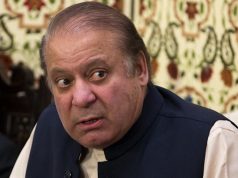 Nawaz Sharif may travel to London for further treatment next Monday: Maryam Aurangzeb 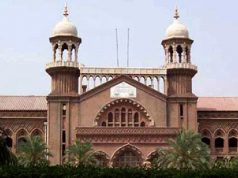 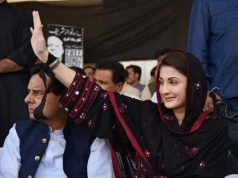