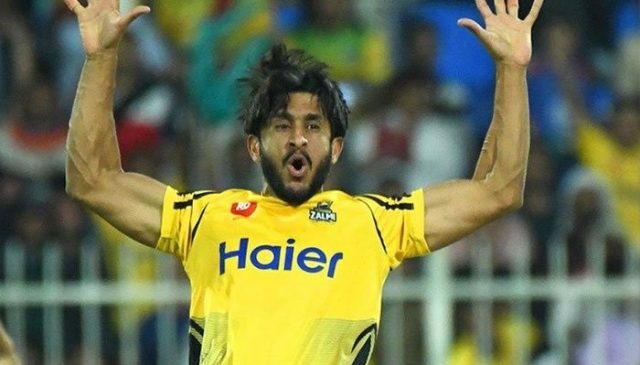 KARACHI: The highest wicket-taker after the Eliminator -1 of PSL4 ended on Thursday, is still the medium-fast bowler Hasan Ali of Peshawar Zalmi, who captured 22 wickets at an average of 12.86 in eleven matches. He grabbed four wickets in an innings on three occasions which is also the most by any bowler in the tournament. His best bowling was four for 15, which he performed twice.

Hasan is followed by medium-pacer Faheem Ashraf of Islamabad United, who further consolidated his second place. He claimed 21 wickets at an average of 13.52  in 11 matches. He took four or more wickets in an innings on two occasions with six for 19 is the best bowling performance by any bowler in the tournament.

The third place goes to 19-year-old left-arm spinner Umer Khan of Karachi Kings, who  claimed 15 wickets in 11 matches at an average of 16.13. Three for 22 are his best bowling figures.

Left-arm pacer Sohail Tanvir comes  fifth  with 15 wickets (ave 20.20) in 11 matches. His best bowling performance is 4/21, which is his only four-wicket haul in the event.

Then come two pace bowlers – Mohammad Amir and Usman Shinwari – both from Karachi Kings. They claimed 13 wickets each at an average of 19.76 and 23.23, respectively. Each of the two captured four wickets once with 4/25 and 4/15, respectively.

Muhammad Nawaz from Quetta Gladiators gets eighth place. He took 12 wickets at an average of 26.58 in 11 matches.  He is followed by  Nepalese spinner Sandeep Lamichhane of Lahore Qalandars with 11 wickets in seven matches at an average of 17.18..