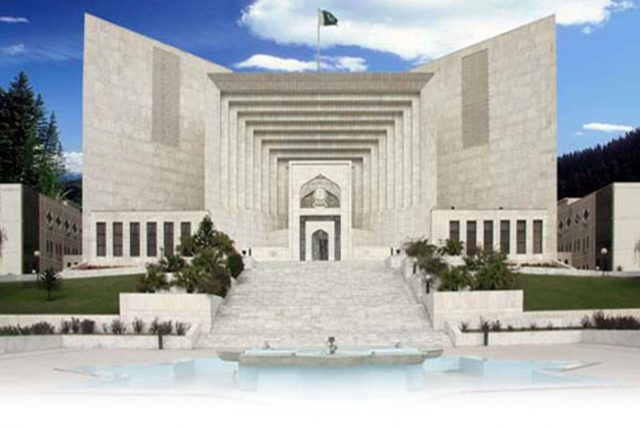 The Supreme Court of Pakistan on Wednesday said that the ML-1 train line should be made fully functional in the next two years while the Karachi Circular Railway (KCR) project should be completed in the next three months.

There will be dire consequences if the timeline given for the completion of the railway projects is not followed strictly, the court warned.

Minister for Railways Sheikh Rashid Ahmed told the court that 85 per cent of the track for KCR has been cleared.

“We carried out an operation last night as well and razed a few buildings to the ground,” Rashid said, assuring the court that work was being done to make KCR functional again.

Minister for Planning, Development and Special Initiatives Asad Umar, who had been summoned to present the business plan for railways to the court, said that completing the project in three months will not be possible.

“You are saying that this can’t be done […] the project will be faced with delays while people are waiting for it [to be finished],” said the chief justice.

“Pakistan Railways should not let its people sleep and order them to work.”

The hearing of the case pertaining to losses incurred by railways was adjourned for two months.

The hearing on KCR was adjourned until Feb 21; the next one will be held at the SC Karachi registry, where the railways minister and the Sindh chief secretary have been summoned.

SC gives till May 2020 extension to COAS Qamar Javed Bajwa

Staff Reporter - February 21, 2020 0
KARACHI: The University of Karachi is organizing a two-day long International Seerah Conference 2020 from Saturday (today). The inaugural session of the...