ISLAMABAD: Finance Minister Asad Umar has asked President of Financial Action Task Force (FATF) Marshall Billingslea to appoint any other member of FATF as co-chair of the Asia-Pacific Joint Group, in place of India, to ensure that FATF review process is fair, unbiased and objective.

In a letter addressed to the FATF President, the Minister said that India’s animosity towards Pakistan was well known and the recent violation of Pakistan’s airspace and dropping of bombs inside Pakistani territory was another manifestation of India’s hostile attitude. The letter referred to Indian Finance Minister’s statement regarding efforts for global isolation of Pakistan and Indian call for blacklisting of Pakistan during the ICRG meeting on February 18, 2019, which demonstrated Indian intentions to hurt Pakistan’s economic interests.

The Minister stated that given the ‘clear Indian motivation to hurt Pakistan’s economic interests, Indian presence among the evaluators and as Co-chair of the Joint Group would undermine the impartiality and spirit of the ‘peer review’ process, which lies at the heart of FATF’s methodology and objective assessment’. ‘We firmly believe that India’s involvement in the ICRG process will not be fair towards Pakistan’.

The Finance Minister urged that FATF appoint another country as co-chair of the Joint Group instead of India to ensure an impartial assessment of Pakistan’s progress in regard to the FATF Action Plan. ‘The ICRG and FATF meetings must not be allowed to be used as a platform by India to make political speeches against Pakistan. The sanctity of FATF processes require that separate assessments by individual countries for politically motivated outcomes are not allowed under the ICRG review’, the letter said.

The Minister assured the FATF President that ‘Pakistan remains firm in its commitment to work with FATF/ICRG and the Joint Group and to implement the Action Plan’ and demanded that ‘FATF must take steps to ensure that the ICRG process is fair, unbiased and impartial towards Pakistan.

Pakistan raised its concern with the Asia Pacific Group in June last year, over India’s negative attitude and its intentions to hurt Pakistan’s interests but no action was taken in regard to re-composition of the Joint Group. Similar concerns were also raised with FATF Secretariat and ICRG Co-chairs on the sidelines of the FATF Plenary of February 2019. 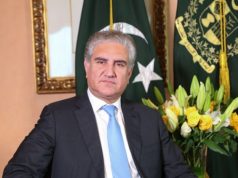 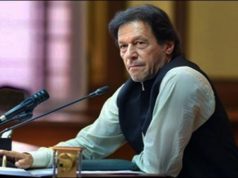