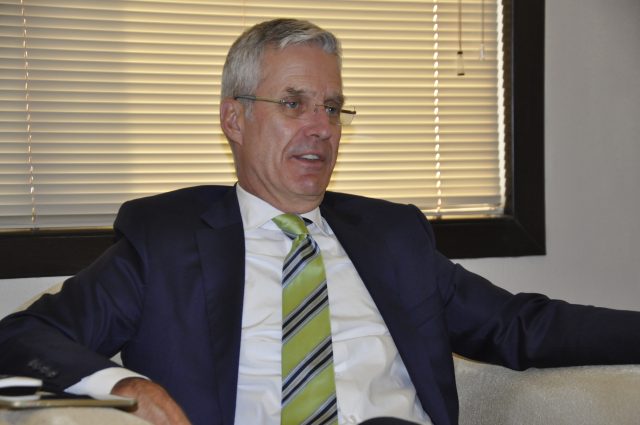 KARACHI: The Pakistan Stock Exchange (PSX) is likely to decide the fate of its serving Managing Director Richard Morin whether he will continue to head the bourse or will be sent packing next week.

The PSX board of directors issued a show-cause notice to Morin, a Canadian national, about 15 days ago and gave him a 15-day deadline to submit reply and explain his position whether he was serving in a Canadian company simultaneously.

“PSX received his reply on Wednesday or Thursday,” an official told The Express Tribune requesting anonymity. “The chairman is likely to summon a meeting of the board of directors in this regard next week.”

“PSX rules and regulations suggest that if a high official is found to be in conflict of interest and does not meet the ‘fit and proper’ criteria for the high position, then he should be removed with immediate effect,” he said. When Morin was approached, he said “the board information is not to be disclosed in the media. This is private information.”

The PSX source added that the board had earlier issued Morin two explanation letters. In response to both, Morin submitted an answer but the board remained unsatisfied with his “incomplete replies”.

Available information suggested that the managing director had simultaneously been serving in Archer Wealth Management Inc Canada as its chairman and chief compliance officer, a broker said.

An official at the PSX’s regulator, the Securities and Exchange Commission of Pakistan (SECP), claimed that the development was already in the knowledge of the SECP.

“The SECP has the right to issue explanation or show-cause notices to the PSX MD in a bid to inquire whether the allegations against him are true or not. However, the SECP has left the matter with the PSX board.”

Morin joined the PSX as managing director in January 2018 for three years following PSX’s demutualisation and corporatisation, which happened about a year earlier.

Stockbrokers Association expresses resentment over approval of NBR in haste