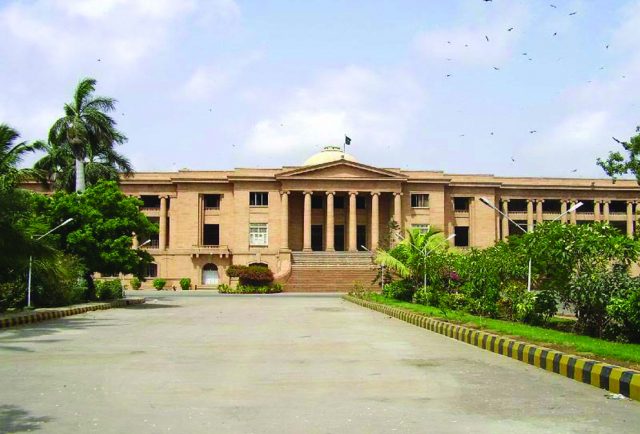 KARACHI: Sindh High Court (SHC) on Sunday decided to suspend hearing of the civil cases at high court and district courts of the province till the next order, private TV channels reported.

The high court and lower courts will only hear criminal cases and bail petitions.

The high court has announced the decision in view of the situation that has emerged in the wake of the novel coronavirus cases.

The cases at principal seat of the high court and its Sukkur, Hyderabad and Larkana circuit benches have been delisted.

Meanwhile, over 50 years’ age employees of the banking court and special courts will also be exempted from attending the office.

The judges, chairmen and heads of the district and special courts will remain present in their offices, the order further said.

Patients of coronavirus enhance to 53 in Pakistan, 35 in Sindh

44 activists including son & brother of Masood Azhar of banned...