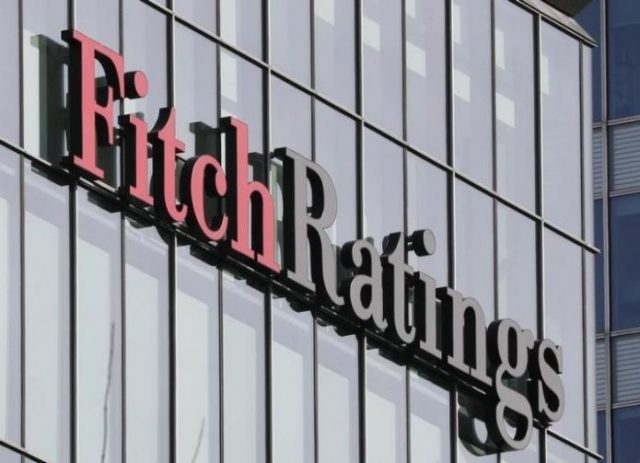 —The ‘B-‘ rating reflects a challenging external position characterised by a high external financing requirement and low reserves.

The agency said that progress is being made towards strengthening external finances and positive steps have been made on the fiscal front, but considerable risks remain.

“External vulnerabilities have been reduced over the past year as a result of policy actions by the authorities and financing unlocked through an IMF programme, which have narrowed the current account deficit and supported a modest rebuilding of reserves. Still, external finances remain fragile with relatively low foreign-exchange reserves in the context of an elevated external debt repayment schedule and subdued export performance,” the report said.

The report revealed that Pakistan’s liquidity ratio is 111.4 percent, much weaker than the historic ‘B’ median of 161.2pc.

The agency forecasts a further narrowing of the current account deficit to 2.1pc of GDP in the year ending June 2020 (FY20) and 1.9pc in FY21, from 4.9pc in the last fiscal year. Import compression remains the predominant driver of the narrowing deficit, facilitated by a depreciation of the rupee against the US dollar of around 30pc since December 2017 and tighter monetary conditions. Exports are forecast to grow modestly from a low base.

The report further highlighted, the improvement in access to external financing after the approval of a USD6 billion, 39-month Extended Fund Facility (EFF) by the IMF board in July 2019. According to the IMF, this has potentially unlocked about USD38 billion in financing from multilateral (including from the IMF) and bilateral sources over the programme period. It may also facilitate financing from offshore capital markets. The EFF is on track, with the first review completed in December. However, implementation risks remain high in Fitch’s view, particularly given the politically challenging nature of the authorities’ reform agenda.

The report stated that gross external financing needs are likely to remain high, in the mid-USD20 billion range, over the medium term due to considerable debt repayments and despite the smaller current account deficit. Sustaining inflows to meet these financing needs could prove challenging over a longer horizon without stronger export growth and net FDI inflows.

It pointed out that public finances are a key credit weakness and deteriorated further in FY19 prior to the approval of the IMF programme. “The general government deficit slipped to 8.9pc of GDP in FY19, from 6.5pc in FY18, as revenues contracted, due in part to one-off factors, such as lower SBP dividends and delayed telecom licence renewals. General government debt rose to 84.8pc of GDP, well above the current ‘B’ median of 54pc, due to the currency depreciation, higher fiscal deficit, and build-up of liquidity buffers. Debt/revenue also jumped sharply to 667pc, compared with the historic ‘B’ median of 252pc.”

Progress to be challenging:

The government is consolidating public finances, but Fitch believes progress will be challenging due to the relatively high reliance on revenues to achieve the planned adjustment. Fitch believes the revenue target in the FY20 budget is ambitious. Nevertheless, the government’s efforts to broaden the tax base through its tax-filer documentation drive and removal of GST exemptions will contribute to stronger revenue growth in the current fiscal year.

The passage of the Public Financial Management Act should improve fiscal discipline by limiting the use of supplementary budgets. The government has also taken steps to improve federal-provincial level fiscal coordination through its Fiscal Coordination Council, as the provinces play a key role in the fiscal structure.

Fitch forecasts the fiscal deficit to decline to 7.9pc of GDP in FY20, based on a reversal of the previous year’s one-off factors and revenue-enhancing measures. This is slightly higher than the government’s expectations of 7.5pc due to our more conservative revenue projections. We expect expenditure to rise, particularly as interest-servicing costs increase sharply on the back of higher interest rates. We project interest payments/general government revenues of 45pc in FY20, well above the historic peer median of 8.6pc.

We forecast general government debt to GDP will fall to about 80pc by end-FY21 due to faster nominal GDP growth and fiscal consolidation. The government has taken steps to manage domestic debt rollover risks following the cessation of borrowing from the SBP under the EFF. In particular, the government has reprofiled its SBP debt stock into longer-tenor instruments and has sought to lengthen maturities by issuing longer-term domestic bonds. The government still has roughly 17pc of GDP in upcoming domestic maturities in FY20 compared with the ‘B’ median of 6pc, but has built up its cash buffer to partly mitigate rollover risk.

Tighter macroeconomic policies are further slowing GDP growth, which Fitch forecasts at 2.8pc in FY20 from 3.3pc in FY19. We expect growth to recover gradually to 3.4pc by FY21. Inflation has also continued to rise sharply from the cost pass-through of the currency depreciation and increases in energy tariffs. Fitch forecasts inflation to average 11.3pc in FY20 compared with 6.8pc in FY19. The SBP is likely to keep the policy rate at the current peak of 13.25pc in the coming months, before modest cuts towards the end of FY20 as inflationary pressures begin to fade.

Improvements to the business and security environment could further support the growth outlook. Domestic security has improved over the past couple of years, measured by a decline in terrorist incidents. Nevertheless, ongoing international perceptions of security risks and geopolitical tensions with neighbouring countries weigh on investor sentiment. The government has also made progress on business reforms, reflected in the country’s move from 136th to 108th in the World Bank’s latest Ease of Doing Business survey.

Pakistan’s rating is constrained by structural weaknesses, reflected in weak development and governance indicators. Per capita GDP of USD1,382 is below the USD3,470 median of its ‘B’ rated peers. Governance quality is also low in Pakistan with a World Bank governance indicator score in the 22nd percentile while the ‘B’ median is in the 38th percentile.

International rating agency, Fitch has affirmed Pakistan’s rating at ‘B-‘ with a stable outlook, according to the a press release of the rating agency.

The agency said that as underscored in our latest Global Economic Outlook (December 2019), Fitch Ratings continues to believe that recent broad-based global monetary easing is unlikely to stimulate a significant recovery in world growth in 2020, and that any counter-cyclical fiscal measures will be insufficient to offset the considerable drag from ongoing trade tensions.

Meanwhile, an indefinite extension of accommodative monetary conditions worldwide also risks fueling a bubble in financial asset prices, bidding up prices of riskier bonds and equities. Across a variety of metrics, U.S. equity markets now reflect their most stretched valuations since the peak of the dotcom bubble.

While US consumers remained bullish over the past year, supporting growth in the US and for its main trading partners, a major negative sentiment shift and large scale collapse in equity prices could hit US consumption hard. This, in turn, would have substantial ripple effects for the global economy.

Looking ahead, The agency said that we expect the themes addressed in our Coming Storm Series so far—looming fiscal constraints for highly indebted sovereigns, concentration of investment-grade corporate issuance at the lowest category of the range, and consequences for the financial sector of higher investment portfolio risks and lower market liquidity—to remain central to credit markets in 2020, as a synchronized global slowdown plays out.

In this report, Fitch examines how a low-growth, low-rate environment, together with unprecedented levels of indebtedness in key sectors, will broadly influence our credit outlook in 2020. 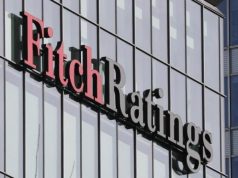 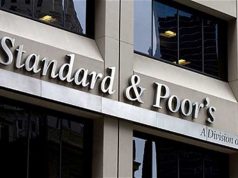