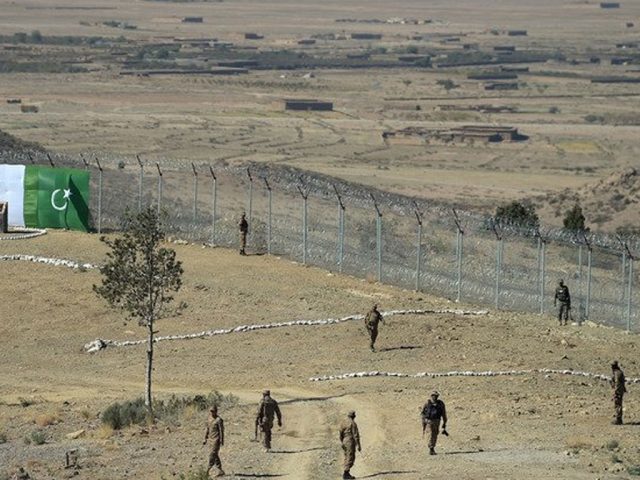 RAWALPINDI: Inter-Services Public Relations (ISPR) said on Friday that Major Adeel and Sepoy Faraz from the Pakistan Armed Forces were martyred this afternoon when an Improvised Explosive Device (IED) went off on the border with Afghanistan.

Director-General ISPR Major General Asif Ghafoor said on Twitter that the incident took place in the Mohmand District on the Pak-Afghan border, where Major Adeel was supervising fencing work. 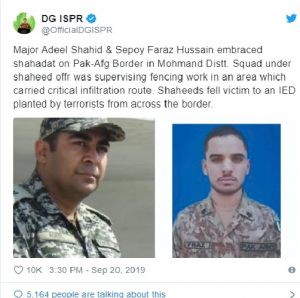 “Major Adeel Shahid & Sepoy Faraz Hussain embraced shahadat on Pak-Afg Border in Mohmand Distt. Squad under shaheed offr was supervising fencing work in an area which carried critical infiltration route. Shaheeds fell victim to an IED planted by terrorists from across the border,” the DG wrote on Twitter.

Last week, four Pakistan Army soldiers were martyred in Dir and North Waziristan when terrorists opened fire on them from across the border.

According to the ISPR, the incident happened when the soldiers were on regular duty patrolling the Abba Khel, Spinwam area near the Afghan border.

Another civilian injured in unprovoked Indian shelling at LoC: ISPR