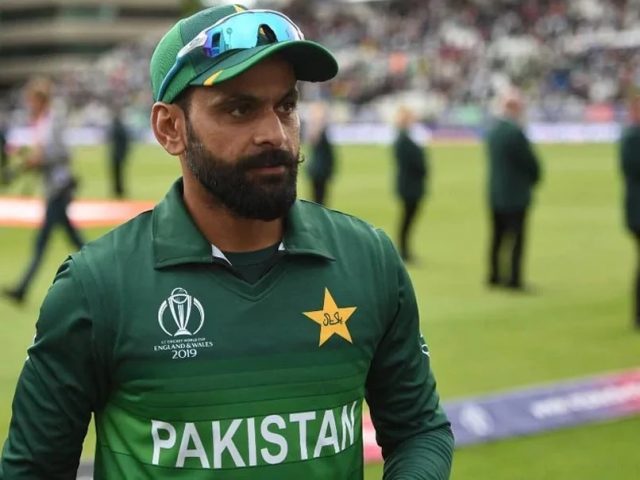 Pakistan all-rounder cricketer Muhammad Hafeez has said on Friday that he will retire after the ‘T20 World Cup’ later this year in Australia.

Hafeez has been recalled to the side on the request of T20I skipper Babar Azam, who believes the side missed the experience provided by Hafeez and fellow middle-order batsman Shoaib Malik.

“My personal aim is to play in the side based on my merit and fitness till the T20 World Cup and retire after that,” said Hafeez. “Playing the colours of Pakistan has been a great honour for me.”

Head coach Misbah-ul-Haq and skipper Babar Azam both hailed Hafeez’s experience when the squad was announced on Thursday.

“Hafeez is experienced enough and has performed well in past,” Misbah had said during his press conference. “At the time when him and Malik were ruled out, we never said that they will never be considered again. Obviously, we were trying out our pool, but we found they were missed. So even if Hafeez hasn’t played much cricket lately, he is experienced and mature enough to contribute for Pakistan.”

Babar had revealed that he had requested Hafeez and Malik’s inclusion. “I am happy with the selected squad and want to thank the selection committee for entertaining my request for Mohammad Hafeez and Shoaib Malik,” he said. “I believe they still have plenty to offer to Pakistan cricket in the shortest format and their experience can be critical to our performances in the upcoming series.”