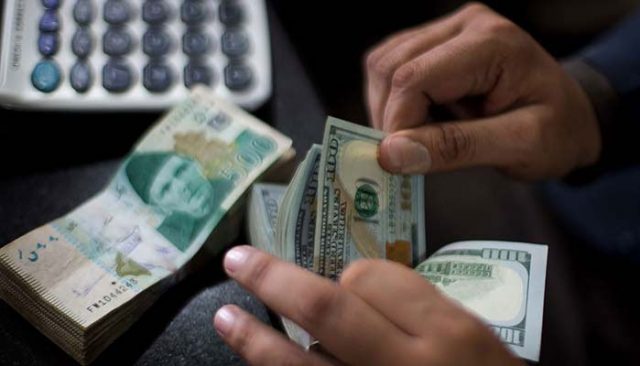 The State Bank of Pakistan (SBP) however shows this figures in T-Bills auction today on its website. However, in last six month of the current fiscal year, the inflows of foreign direct investment (FDI) jumped 68.3 per cent to $1.34 billion compared to $796.8 million in the same period last year.

The jump in the cumulative FDI numbers came following a one-off payment made by the telecommunication companies — Telenor, Warid and Zong — for licence renewal.

The SBP data showed that the foreign public investment in the government debt papers ie T-bills rose to $452.2m during the first six months of this fiscal year pushing up the total foreign investment to $1.811bn from $377m in the same period last year.

After receiving this payment, the exchange rate of US dollar against Pakistani rupee went down by 11 Paisa on Friday and traded at Rs 154.66 on Thursday against the last day’s trading of Rs 154.77.

In open market, the buying and selling rates of Pakistani rupee against dollar stood at Rs 154.50 and Rs 155.60 respectively.

The foreign exchange reserves held by the State Bank of Pakistan increased by $82.30m to $11.586bn during the week ended Jan 10. The central bank reserves are currently at their 21-month high.

The weekly report issued by the central bank showed reserves held by commercial banks fell by $43.5m to $6.537bn.